Easy Life announce new tour, and debut video to ‘a message to myself’ 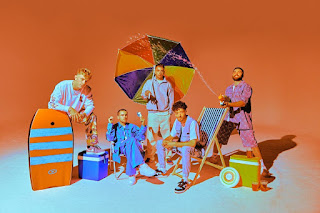 Ahead of their forthcoming album ‘Life’s A Beach’ - out on June 4 through Island Records - Easy Life have shared the video for the opening track, ‘a message to myself’.

"The track takes you on such an amazing emotional rollercoaster, I wanted the animation to match this and the positive feeling it leaves you with," says director Andy Baker. "We also wanted the film to talk about mental health in more open and realistic ways, as it was something I had been struggling with doing at the time.

"I hope this film can help, even in a tiny way, to remove some of the public stigma surrounding discussing mental health and to echo the sentiment of the song by sending a positive message of support to anyone who needs it right now.”

The band have also revealed tour plans, with UK dates this November, followed by a European outing next spring.