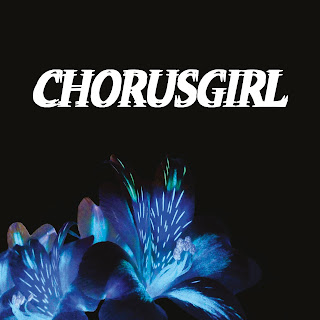 Oh thank god for that! At last, a record that actually sounds so fresh, so different, so invigorating that it demands to be listened to again and again. These ears have heard so much self-indulgent dross over the past year that this, the eponymous debut from London’s Chorusgirl, arrives like warm oil on a rusty old engine.

Starting life as a solo project by singer and guitarist Silvi Wersing, Chorusgirl gradually expanded and are now a four-piece, although Caroline, whose vocals provide the counterpoint to Wersing’s on many numbers, is no longer with the band. Despite this, their sound is much bigger, much bolder than their total membership, evoking memories of 80s favourites such as Tallulah Gosh and The Shop Assistants along the way.

There’s a tightness and wit about the writing, too. Lead single ‘Oh To Be A Defector’ marries a trademark cheery rhythm line with dark lyrics about giving up and going into the sea. ‘No Moon’ contains the brilliant couplet "Glass of ammonia/Never felt lonelier", whilst ‘Girls of 1926’ is a paean to a lost childhood friendship, dressed up as a love song.

With most of the tracks clocking in at around the four minute mark, the fun is almost relentless, without ever being exhausting. Chorusgirl get janglier on ‘This Town Kills’ and almost Cilla-like in the urgent, pleading, ‘Sweetness And Slight’. Even when the band get a bit more atmospheric, on ‘Shivers’, Wersing can’t resist chopping out a riff reminiscent of The Waitresses’ legendary ‘Christmas Wrapping’ over the top. Chorusgirl are a band you’d have to try hard not to love.

This is one of the best albums you will hear all year – and boy did 2015 need it.