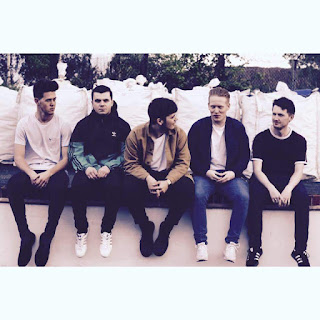 We liked the catchy rhythmic vibes of Birmingham's Ivory Wave immediately we heard their first track 'Club' which we premiered here back in April.

Now the young five-piece are back with a touch of 'Paradise', their latest singld released this week (with B-side 'Young Blood').

Still displaying some of that 90s Stone Roses/Happy Mondays baggy style, 'Paradise' also shows that this is a band who are carving out their own indie house style adding synths to the dance beats and infectious choruses to the slow-groovin' style.

You can catch Ivory Wave live in Birmingham with two upcoming dates at The Sunflower Lounge: August 19 (supporting Semantics) and September 30 (supporting BRONCHO).