Track Of The Day :: Empathy Test - Bare My Soul 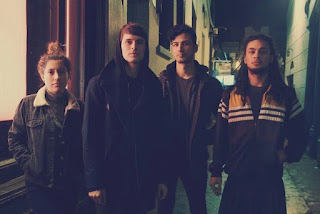 In an accompanying statement the duo explain the song: “’Bare My Soul’ is literally about doing just that; baring one's soul. Isaac was initially inspired by a radio documentary he heard about Kurt Cobain, in which someone said, “[Kurt] had this ability to...bare his soul, in a way that no one else could”. The music mirrors that feeling of release when you finally get things off your chest, moving from the dark, suffocating tightness of the verses into the bright, open space of the choruses. The people in the song; Stephen, Blythe, Cassandra and Sophie, are all real people that Isaac encountered growing up."