Track Of The Day :: Squid - Houseplants 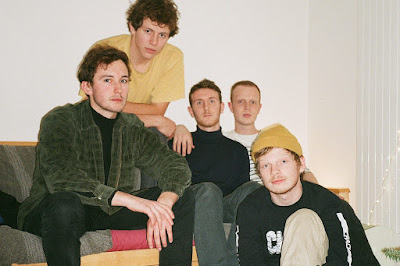 Out now via Practise Music, 'Houseplants' - produced by Dan Carey - brings in an enthusiastic mix of crazy disco-punk rhythms that reverberates over four minutes in a three section explosion of jerky guitar, drums and punkish vocals - the latter two supplied by Ollie Judge.

The song, he says, is about “being able to afford a house and not having to have beans on toast for the week leading up to payday. Pessimistically, I don’t see that future happening, but I still catch myself every now and again thinking it could.”

Catch Squid live when they play London's Shacklewell Arms on March 29 after returning from SXSW.