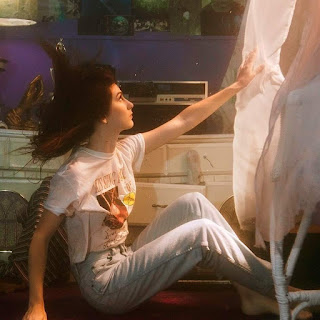 Her set - which included 'A Lot's Gonna Change', 'Andromeda', 'Something to Believe' and "Wild Time' from her fourth studio album, 'Titanic Rising', released in April - a cover of Procol Harum’s 1967 classic 'A Whiter Shade Of Pale', a song which she had said previously in interview was her “ultimate cover dream".

Watch Weyes Blood live her dream as she covers the song below, in fan filmed footage.