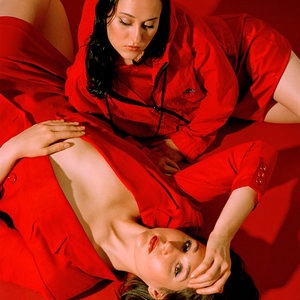 Toronto duo ICE CREAM - Carlyn Bezic and Amanda Crist - precede the release of their second album, 'Fed Up - out November 15 - with a single cut and accompanying video for track 'Modern Life'.

“'Modern Life' focuses around the frustrations that come from living a metropolitan existence," explains Crist. "How the exploitation of the capitalist system can become so consuming and restrictive, living as an authentic human, can seem like a challenge.”

The album is the follow-up to 'Love, Ice Cream' which was released three years ago, and sees the two further combine elements of pop, R&B, and electronica.