Glass Peaks share EP title track, 'It’s Raining On The Wrong Side of The Window’ 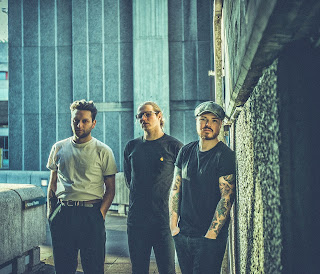 Glass Peaks have unveiled the final single from their debut EP, its title track ’It’s Raining On The Wrong Side of The Window’.

Taking influence from the TV programme Black Mirror, the five-minute, slow-driven. poignantly-vocalled acoustic number captures that moment of hearing about someone you love, leaving you forever.

“Following the pattern of setting a scene, we wanted the rain to be present throughout this track. It just felt right, it’s even referenced in the lyrics 'and through water, I’m wading home / but my feet are wet for ruining the leather'," explains vocalist Alfie Jefferies.

"The lyrics actually stem from a Black Mirror episode called ‘Be Right Back’. In the episode, Ash lives with his girlfriend Martha and spends a lot of time on social media, until one day he dies in a tragic car crash. Martha then discovers an app that is able to simulate Ash’s voice and personality on the phone and eventually, into a synthetic replica of Ash’s body. It’s heartbreaking because Martha is trying to recreate something that she knows is gone forever. I wanted to capture her suppressed grief in the lyrics.”

GLASS PEAKS · It's Raining On The Wrong Side Of The Window