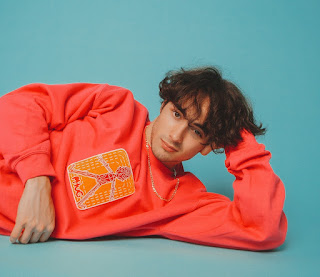 Alfie Templeman has released a new single this week, 'Obvious Guy', the latest cut from his upcoming EP 'Happiness In Liquid Form', which is out on July 17 through Chess Club Records.

"I really love funk music and have always wanted to venture into it more and more with my own music," says Mr T on the track, "so it was great fun doing exactly that with the amazing Nick Hodgson! It came together extremely quickly and everything is super tight.

“I love the ‘Obvious Guy’ vídeo because it’s so colourful and sums up the track perfectly. It shows the whole vibe of feeling unwanted until you find the right people in life."

Give it a spin below.