A Cause In Distress make their debut with 'Lumbering' 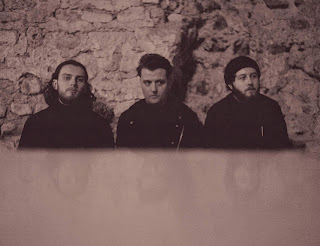 Aired by John Kennedy on Radio X over the weekend, the Rees Broomfield (Beckie Margaret, Indian Queens, Private Jetlag)-produced track carries a similar multi-coloured easel to that of a 'Hail to the Thief' era Radiohead, with its electronic tangents slicing across the ice-smooth lead vocals of Liam Watkins.

Perhaps in contrast to its title, ‘Lumbering’ is far from a slow-burning journey. It’s a well-mapped out Tron-like race with each passing second adding more purpose and atmosphere as it closes in on its destination.

Shedding some rare light on the otherwise dark track the band explain: “'Lumbering' is about viewing the world with a sense of claustrophobia and dread, as humanity bounces between various financial crashes, wars and climate disasters, whilst continuing to lumber endlessly forwards, seemingly in a wounded state.“

It’s difficult to predict which sonic road the band will meander down next, but having a song like ‘Lumbering’ in their tank should prove more than enough to keep them going in the right direction.