Share 'A Different Kind of Happy' with Death Bells 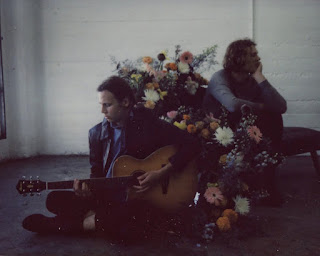 Another last album track taster from LA-via-Oz Death Bells as they share 'A Different Kind of Happy', a song celebrating small moments of 'bliss and pure satisfaction', from the incoming 'New Signs of Life' LP, out September 25 via Dais Records.

The song's freeing, gossamer guitars, inspired by Cleaners From Venus, lift the track to celestial heights, with the earnest vocals affirming "Despite the uncertainty of life, I wouldn't give, I wouldn't give up".

“This song," say the duo, Will Canning and Remy Veselis, "conveys a feeling of bliss. It was written last year - there were a couple of fleeting moments where everything felt like it was in it’s right place. It was awesome. Obviously times are different now but we still have a lot to be thankful for, and our optimism remains intact.”