SOURDOUGH get to grips with the incendiary 'My Lines' 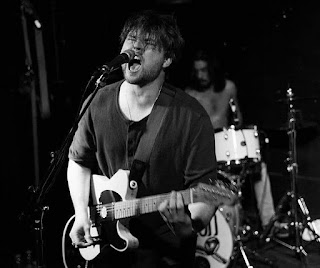 “The opening line – ‘I wish I was a vampire / I’d suck the soul out of every situation I’ve ever been involved in…’ – that’s a reference to a Nick Cave quote," reveals frontman and songwriter Jacob Kyte.

"I was watching a lot of stuff about him and how his whole lifestyle and being is just about complete creativity. So, ‘My Lines’ was born out of frustration at not being in that situation and feeling creatively blocked. It’s an experiment on the idea of whether you can ever truly write something that’s actually your own, or is it ‘borrowed, butchered, chewed up and neutered’?

“But you just have to sit back and laugh at yourself and, as much as it is aggressive, there’s a certain amount of comedy in there, about not taking yourself and creativity too seriously.”