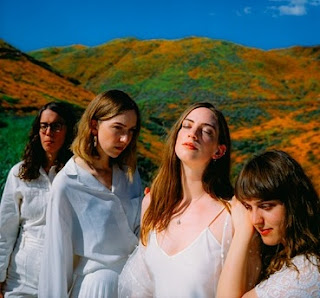 Originally recorded live in session for Annie Mac on BBC Radio 1, The Big Moon now share their special  live cover version of Fatboy Slim and Camille Yarbrough’s ‘Praise You’, which will be available tomorrow (August 29

The quartet were earlier this year named ambassadors for Record Store Day  2020, and recorded a Record Store Day Exclusive – Live To Vinyl in March in front of a live at Metropolis Studios.  Initially due for release in line with the original Record Store Day date in April, the record is the first recording of this nature that has been achieved live and pressed direct to vinyl in the modern era.

The Big Moon who were due to hit the road in the UK in October, have now rescheduled for March 2021, kicking off in Glasgow on 1st, taking in Newcastle, Manchester, Sheffield, Birmingham, Cardiff, Brighton and finishing up in London for their biggest headline show to date on March 10at The O2 Forum.