Track Of The Day :: Chappaqua Wrestling release new track, ‘The Rift’, with video 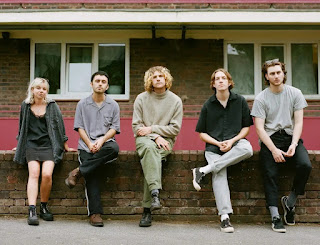 Brighton outfit Chappaqua Wrestling have unveiled a new track, ‘The Rift’, along with a video

The powerful, dark number of fuzzy, searing riffs comes with post-punk serrated edginess, and a gripping grungy vocal dynamic from Charlie Woods , is arguably their best yet.

"'The Rift’ is a track about conflict, acknowledging the increasing divisions within society, and calling out those that turn the blind eye," says Woods. "Events from the last year have got to a global boiling point and creatively this has taken us to the same place. It’s the most powerful track we’ve released so far, and it amplifies our perception on how the last year or so has felt.

"Lyrically, it’s influence comes from the poem written shortly after the Peterloo massacre in Manchester: ‘The Masque of Anarchy’ by Percy Bysshe Shelley. It’s an old talisman for suppressed voices in this country, and some of its verses still clearly resonate today.”

Check out the track and monochrome video, directed by Dan Bolland, below.