Watch :: The Lemon Twigs perform 'Hell On Wheels' on US TV 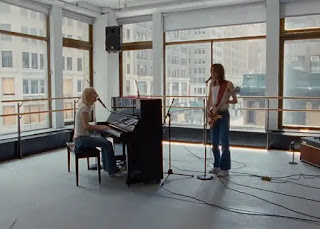 Brothers Brian and Michael D’Addario, aka the New York twosome known as The Lemon Twigs, pitched up on US TV last night (August 18) as the musical guest on the Late Night with Seth Meyers show.

Watch below as they perform 'Hell On Wheels', the opening track on their forthcoming album 'Songs for the General Public', which is out on Friday (August 21) via 4AD.