Do Nothing are stuck in ‘Glueland’ 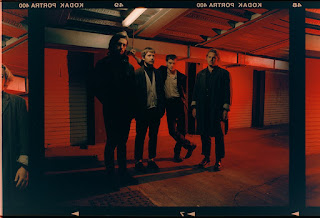 Premiered on BBC Radio 6 Music by Nemone sitting in for Steve Lamacq, Nottingham’s Do Nothing have a brand new single, ‘Glueland’, out now on their own label Exact Truth.

Produced by Ali Chant at Toybox Studios in Bristol, vocalist Chris Bailey says the sharp post-punk-meets-off-kilter-new wave-tinged song refers to the feeling of "being stuck in some kind of weird limbo-land. It’s about how rather than being dictated by wild or dramatic decisions, a lot of things (both good and bad) are controlled by this sort of lame jockeying that happens right in the grey dull middle ground of everything. That being said, it’s a fun song and we hope you like it.”