Track Of The Day :: About Bunny arrive with a 'Special' debut single 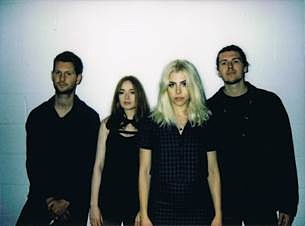 London-based About Bunny have arrived in fine style with debut single ‘Special’.

Having initially been slated for release in May, but postponed due to Covid-19, the track is the first of three singles from the indie-rock quartet, with an EP due in 2021.

Self-released via Kartel Music, the garage-rocker is led by Jemma Mckenzie-Brown's vocals that wind around a triumvirate of powering drums, driving guitars and bombastic bass. It's two and a half minutes filled with a gritty rawness that bodes well for the newcomers.