KiD RAiN takes to Rome for 'I Like You, But I Love Her' video 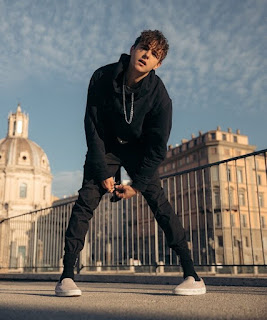 Yorkshire lad KiD RAiN took off to Italy for his hit track 'I Like You, But I Love Her', which is lifted from his debut EP 'Bored Of Love'.

Emerging only this year, his TikTok following has helped bring him and the effervescent 'I Like You, But I Love Her' - a love letter to his ex - to notice.

"The title of this new song describes it all, brutally honest," he says. "I’ve never been more scared but excited to release a song in my life; I hope people love it as much as I do, and I hope my ex-girlfriend doesn’t murder me for releasing it."

Watch the Rome-shot video - directed by Alex Boulton - below, which sees the KiD singing and dancing in the glorious setting of Vatican City and the Colosseum.

An artist to keep an eye on next year.