Lady Bird strike out into the 'Political Wasteland' 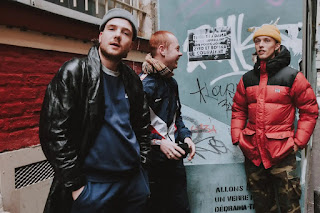 Royal Tunbridge Wells is known as a breeding ground for young punksters, and Lady Bird are at the forefront.

Out today (December 9), their brand new single ‘Political Wasteland’ was recorded during the first coronavirus lockdown for next year's planned release of their debut album. Although it didn’t make the final cut for the album, they have used it now as a bridge between that and this year's ‘Brainwash Machine Setting’ EP.

“‘Political Wasteland’ is collectively our favourite song from our lockdown 1.0 recording sessions," say the band. "It’s fair to say this tune wasn’t selected for our debut album, however it certainly wasn’t due to any lack of characterful qualities. Everything you hear (beside the one-drop feel) is a taste of what’s to come. 2021 will hold a new and yet original Lady Bird… 'Political Wasteland, SOAP OPERA DON’T BOTHER!'”

From the start, with it’s punchy dub beats, we’re slung into dystopian future with frontman Don Bird’s scathing lyrics about the atrocities of war, racial divide and the apathy of the people.

"The curtains are going back, 20 fags and the world  don’t matter / Lean back and drink, don’t touch that / And watch the world as it’s in tatters."

But to bring the chaos of the words alive, it’s as though the boys have each turned their amps to eleven and kicked the shit out the instruments. It’s certainly a brave and progressive step to take; and its chaotic freedom refreshing. Hold tight for the new album which you get the feeling might be set to tear down some old walls and build us a new enlightened one for 2021 - but this time it’s gonna be LOUD!