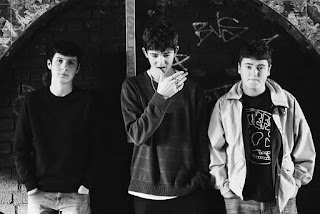 This high velocity new single from London punks Play Dead seers through the brain like a speeding bullet. There's only just over two minutes of 'Six Hours Later', but it kicks like a bucking mule.

Following debut drop 'Whitstable' and
the past summer's release 'Shaun', the garage punk three-piece go for one almighty last hurrah for 2020 with this third single, out now via Blitzcat Records.

'Six Hours Later' tells the story of a friend of the band who overdosed on ADHD pills. He had thought he was fine, had gone to bed and six hours later woke with the overwhelming sense he was going to die. With a chorus of “Take me away. These pills are fucking with my head”, it's a tough subject matter delivered with passion.