Track Of The Day :: Liimo - If You Were Here Tonight 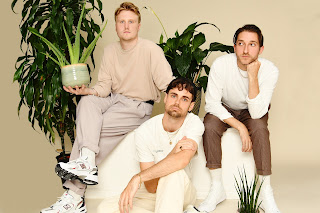 Edinburgh alt-pop trio Liimo pull out a bit of a heartstring-tugger with new track 'If You Were Here Tonight', a cover of the Alexander O'Neal 80s classic.

Following on from the release of their debut album ‘Volume 1’ in August, the group have slotted their synth-pop sound around a lush production and richly layered textures to bring a new flair to the ballad.

"After reading Richard Russell's book ‘Liberation Of Hearing’and with a mention to Alexander, the idea grew from there," they say on how the inspiration to record the song came about. "We’re big fans of Alexander O’Neal, ‘Hearsay’ being one of our favourite albums.

"We were listening to ’If You Were Here Tonight’ recently and it resonated so much with how we’re feeling at the moment. Missing loved ones and wishing you could be with them, so we thought we’d put the Liimo spin on it."