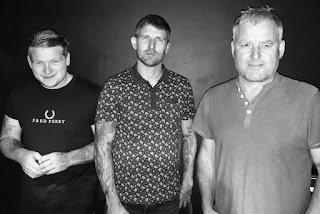 Cheltenham-based indie rock trio Indigos are a band who wear their influences on their collective sleeves, creating music that owes a debt to Oasis, The Courteeners and Kasabian. However, the band have been slowly developing their own unique sound that puts a different spin on the genre.

A chance to taste that will come with their self-produced debut album, 'Always. Whenever', out on January 31.

Lifted from the record is ‘Don’t Blame Yourself’. A six-minute-plus hard hitter, it sheds a darker tone to the Indigos sound with some heavy guitar work, that works alongside a melodic soundscape and vocal which bleeds into the passion of the song.