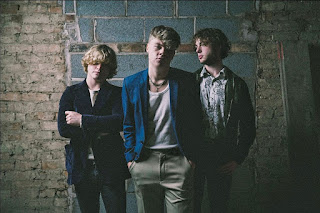 Lancaster trio GLORIA are making waves across the North-West despite their relatively short time together, all due to their anthemic and optimistic brand of alt-rock.

The band have also seen success with their single releases, with tracks such as the self-titled ‘Gloria’ gaining praise and amassing thousands of streams on Spotify.

Coming on the heels of previous single ‘To Say Goodbye’, ‘Story of Strife’ is something of a departure from their usual grandiose melodies and bombast, though still retaining the band's trademark scope and ambition. Here, instead, they focus on providing an emotional track which is subtle in nature, and showcases their storytelling ability and trademark stellar production.

GLORIA is a band with real promise. Hopefully 2021 will allow for them to expand, as they look to make their break through.