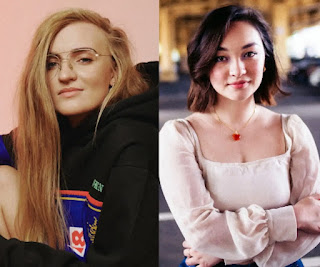 G Flip, aka Australian Georgia Flipo, singer, songwriter, producer and drummer, and American singer-songwriter mxmtoon, also known as Maia, have teamed up on 'Queen' as their first release of 2021.

Produced by Rostam Batmanglij, the track is aired with a video by Adam Kiers.

""Queen" was written about the strong women around me, the queens that raised me and the queens I’ve met through my years," says Georgia. "My idea of a queen is not necessarily linked to gender; queens come in all forms and walks of life. To me a queen embodies power and strength; they embrace all they are fiercely yet gracefully. The song was written one sunny day in LA, I was chillin on Rostam’s lovely white couch and he turned around to me and said 'how about we write a song about Queens', and I replied with 'F@!K yeah!'"