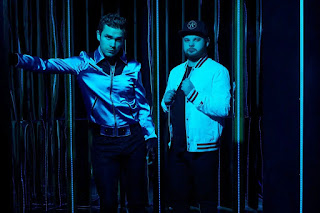 Royal Blood have announced the follow-up to their 2017 album 'How Did We Get So Dark'.

Titled 'Typhoons', the new full-length is due to drop on April 30 via Warner Records.

The duo previously shared the album's opener 'Trouble's Coming' last year, and now they give us its title track.

"We sort of stumbled on this sound, and it was immediately fun to play," says vocalist Mike Kerr.

"That’s what sparked the creativity on the new album, the chasing of that feeling. It’s weird, though - if you think back to 'Figure it Out', it kind of contains the embryo of this album. We realised that we didn’t have to completely destroy what we’d created so far; we just had to shift it, change it. On paper, it’s a small reinvention. But when you hear it, it sounds so fresh."