Saving Face bring some Stoke rock grooves to 'Eyes On Me’ 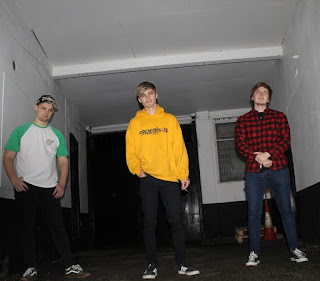 Stoke trio Saving Face - formerly The Lounge Act until their revamp late last year - hand out the rock riffs on new single ‘Eyes On Me’.

Released earlier this month, it is the band’s second single, following debut ‘Complicated Introvert’, and the punchy number is described by the band as “a song with some serious attitude about it. A clapback at a world that all too often seems to go out of its way to pull you back down. This song is all about leading a movement. A movement to bravery with no boundaries.”