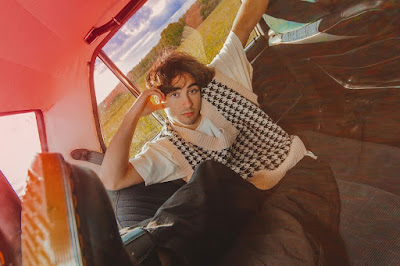 Premiered by Annie Mac as her Hottest Record In The World on BBC Radio 1 earlier, ‘Everybody’s Gonna Love Somebody’ was written, performed, and produced by Alfie in his bedroom.

“I first wrote and recorded ‘Everybody’s Gonna Love Somebody’ back in 2017 when I was 14 years old and it’s been ingrained in my memory ever since," he says. "I’d always go back to it and try to re-record it but I could never quite get it right – then I went on a Tears For Fears binge and realised that it needed that ‘Everybody Wants To Rule The World’ kind of production. I got back in the studio, changed a few lyrics and cut it in a couple of hours. It’s probably my favourite song on the new record.”

There is also a new mini-album, ‘Forever Isn’t Long Enough‘, on the way on May 7 via Chess Club Records.