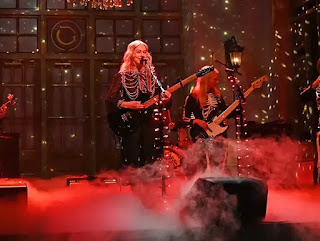 Phoebe Bridgers was the musical guest this past weekend on the US TV show Saturday Night Live (February 6).

Watch her perform both 'Kyoto' and 'I Know the End' below - the latter ending with her smashing her guitar against her stage monitor.