Watch :: Rostam shares self-directed video to 'These Kids We Knew' 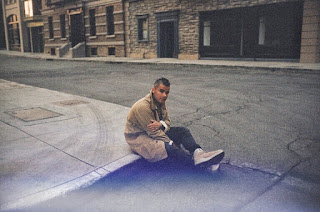 Former Vampire Weekend member, and producer of likes of Clairo and Haim, Rostam Batmanglij, has shared his new self-directed video for 'These Kids We Knew'.

The melancholic track is taken from his work-in-progress second solo album.

“I was thinking of three generations while I was writing this song,” Rostam says. “There’s a generation of adults who don’t see global warming as their problem because they think they won’t be impacted by it. Then there’s a generation younger than mine, who will certainly have to deal with what is happening. In the song I have a fantasy of the younger generation arresting the adults and putting them on trial in the streets of cities around the world. Those are the ‘sidewalk courts’ that I sing about in the song.

"The song was written in a fever-dream state during the second week of March last year while I was recovering from Covid-19.”