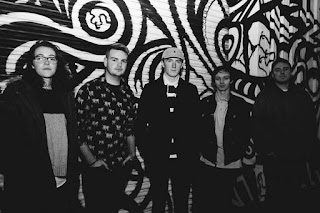 Individually hailing from Glasgow (where they are now based), Edinburgh, Stirling, and Motherwell, the quintet - originally the solo project of singer/guitarist Jack Bestow - had another track, 'California' initially scheduled as their first outing on 2021, and while we are not too sure where that has gone, its successor more than suffices.

Their indie-pop sound is spun through here with a new wave, 80s synth-esque appeal, and helmed by Bestow's vocals and earworm repeated title line.