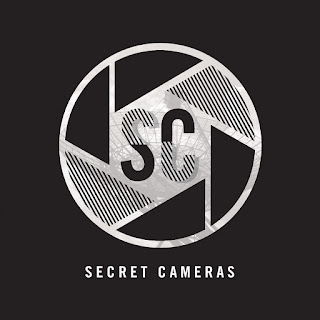 This debut EP from London indie-poppers Secret Cameras is a curious beast, in many different ways. First of all, it is six tracks and over 25 minutes long, which puts it firmly in the ‘mini-album’ territory rather than that of an EP (heck, we’ve reviewed whole albums here that are only a few minutes longer than that!).

Added to that, two of the tracks have already been released as singles in their own right - current release ‘It Doesn’t Matter’ and 2016’s ‘Going Places’ - whereas the traditional approach to an EP was to showcase a band’s talents as a part of a single’s release.

Oddest of all, though, is the way that ‘Secret Cameras’ seems to exist in two time periods at the same time. For example, the aforementioned ‘It Doesn’t Matter’ sounds like someone has taken Los Campesinos!, shoved all eight of them into a (pretty big) time machine and then landed them in the middle of the 1980s. And then, later on, we come to ‘Beautiful’, on which Itamar Starets’ vocals reach their melodramatic high point and which sounds like someone then used the same time machine to grab the late, great Billy Mackenzie and transport him to 2017 (don’t worry about leaving Los Campesinos! behind, Gareth Paisey needs something new to gripe about).

The standout track here is, curiously (that word again!), neither of the singles (although there is something delicious about the distorted, mellow, vocal on ‘Going Places), but ‘It’s Never Over’, a dramatic and gothic masterpiece with a genuinely brooding bassline.
There’s a slight fly in the ointment with closing track ‘When This Ends’, a slow and drawn out number which would be fine midway through on an actual album but which here just seems to suck a bit of the life out of what has gone before.

That shouldn’t detract, though, from what is a beautifully odd little collection that has been given a little extra bit of sheen by the presence of the legendary Dave Bascombe at the mixing desk.