In isolation with... Motel Carnation 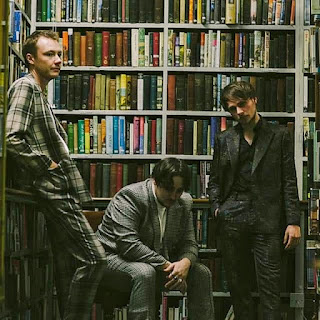 Before coronavirus became the unfortunate buzzword of the hour, Newcastle trio Motel Carnation, a band with a strong electronic, indie-rock sound, managed to get out a new single, 'Baby You’re a Nightmare', and video - see below - to keep us going in the absence of live shows.

Catching up with them - in separate rooms, of course! - we asked how they were coping with self-isolation and what they were amusing themselves with.

"It’s an incredibly strange and uncertain time we’re all living through at the moment and we all understand that it’s absolutely for the best and the greater good of everybody. There are some bad days but mostly good days, we’re adjusting to this new normality but occasionally we'll forget and be like 'I can’t actually believe this is happening'. We’re trying to turn it into a positive experience and take some time for ourselves."

What sort of things are keeping you entertained?

"We’re luckily in a position where we’re still able to work in some shape or form, and that’s a blessing given that other people haven’t been as fortunate. We have been working on a few tracks to release involving other collaborators which we’re looking forward to sharing with everybody. It’s great to see the local community taking live music onto the internet and we’ve been enjoying a lot of live streams from the likes of Deep.Sleep, Squarms and Eddie & The Valkyries, to name a few. Aside from the music stuff, Austin’s writing articles and doing a lot of photography indoors, Alex is ordering lots of parcels from Amazon and Conor’s grown a moustache."

Have you been making any plans for what you'll be doing, post-isolating and when we are all coronavirus free?

"I think it's okay to be a bit upset that the plans we had before isolation have been postponed or cancelled, even though we completely understand the importance of why. We had our busiest year to date lined up so we’ve gone back to the drawing board and reviewed everything to try and see out the end of the year with a bit of a bang. This will involve two really important gigs in Newcastle and Sunderland in November.

"We’re in talks with organisers about a rearranged festival for October, and quite a big support slot for us is also on the cards for October which we can’t wait to announce. As well as th at, we're going back and forth with our producer who is currently working on the follow-up single to 'Baby You’re a Nightmare' that we just released. We also can’t wait to go to the bloody pub!"

And apart from your own work, what other music is keeping you going at this time?

"Conor’s been spinning a lot of an Australian band called Lime Cordiale who soundtrack happier and more summery times. Sorry recently released their debut album which is absolutely fantastic, so we’ve all been wearing that out as well. A math rock band from Brighton called Orchards are really close to our hearts and just released their debut record as well which has been played in the house quite a lot too. Austin’s found a few bangers through TikTok, of all places, and Alex is just listening to ‘Sanctury’ by Gengahr on repeat."