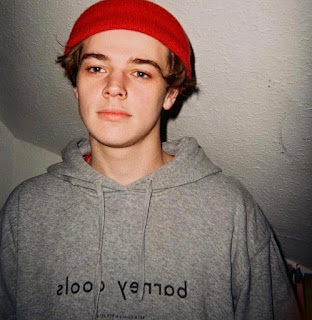 Think of an Australian electronic hip hop version of Harry Styles and you might see the appeal of London-born, Melbourne-raised, and now London-based singer Thomas Headon.

Check out the singalong 'Butterflies', taken from the 19-year-old's six-track EP 'The Greatest Hits' released at the end of March. Following self-produced debut single 'Grace' last September, 'Clean Me Up' and 'Car Window', this new cut is an infectious winner that's as unassuming as it is likeable.

In 2019, moving back to London from Melbourne where grew up from the age of five, to pursue a career in music, he steadily picked up a following playing small shows in London, and if coronavirus hadn't locked us all down, we probably would have been hearing much more of young Mr Headon: an appearance at The Great Escape being just one event that has fallen by the wayside.

Although with close to a million online streams as well as sold out shows, it seems plenty already have caught on. His first London headline date, rescheduled from April to September 5 to an upgrade at 02 Islington Academy is close to sell out, and his September 19 Gorilla Manchester gig is already sold out even after upgrading. Still tickets for September 12 at The Garage (Attic Bar) Glasgow - but be quick!