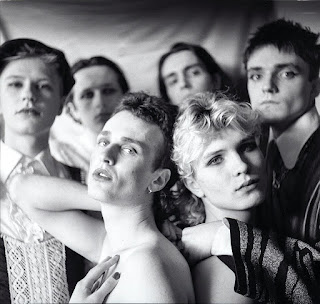 We heard from Glasgow's Walt Disco recently about their multi-share self-isolation, now we can see some of the fruits of their incarceration time with the video for their new single 'Cut Your Hair'.

Directed and filmed by the band themselves, the clip was filmed in isolation in the flat they share. The tongue-in-cheek video features the band in a variety of settings in and around their home; featuring a synchronised dance in the back garden (the dance moves already a longstanding landmark moment in the band’s live set), guitar solos performed on top of a bed, and risqué leg shaves in the shower.