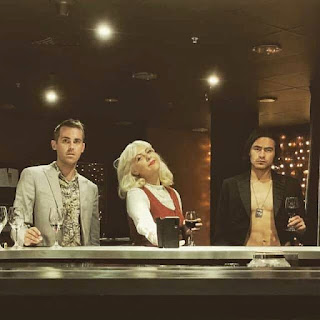 Last heard a few months ago with '600 Abs', on the accompany video notes to 'Too Late' they state: "1 year ago Crap Date delayed attending a party to expand on a bass line they'd written the day before. Loving their results they penned lyrics dedicating it to their friends and the party they were ditching. Boy, do they regret that now. Heres the song."

Watch the visuals for 'Too Late', below, featuring cameo from Princess Chelsea and CHAII.