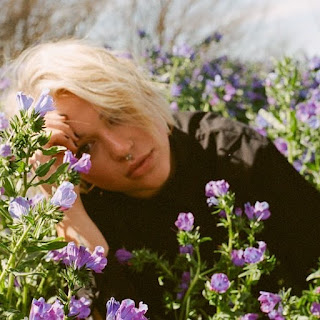 The stunning voice of Australian artist, Canberra-based Aya Yves, is not one you'll forget in a hurry. Under her new solo project guise, she follows her debut single '(in)Sanity' and 'Smart Girls' from earlier this year, with a new dark, exquisite pop-electronica release, 'Dear E.'

Co-written with LANKS, and once again produced by Xavier Dunn (Jack River, CXLOE, Graace), the poignant, intimate new single, out this week, with its spellbinding minimalist production and manipulated vocals, it would sock a punch to the heart centre, but when you hear its history and how it came to be, 'Dear E.' becomes simply a haunting piece of art that one can't fail to be moved by.

"I was driving to Sydney for my first co-writing session and received news that my sister had cancer,” she says on the single. “It had spread to her bones and couldn’t be treated. I was so angry at the world, so hurt. I’d spent the last 2-3 years being my sister’s primary support person through her struggles with addiction, and we’d finally been making progress. We’d taken 2 steps forward, only for any reason to keep walking being pulled out from underneath us. I pulled over, had a huge cry, got myself back together and kept driving.

"The next day I walked into my session with LANKS and we started laying out a bed for the track. Will asked me to do some mouth percussion, I walked up to the mic and I felt so awkward that I laughed. Hearing the laugh back - I realised just how much it sounds exactly like my sister’s. When asked what I wanted to write about, I felt like I couldn’t write about anything else, my brain was so consumed. I sat at Will’s dining table and bawled my eyes out, writing a letter about the things I wish I’d done differently.

"It’s such a hard topic, there’s so much to say - and how do you get a lifetime of love and grief into a song? And how are you meant to delve into something like that with someone you’ve just met? The thing about someone getting a terminal diagnosis is that you do your grieving whilst they’re still living, and that’s a really hard space to be in. You want to celebrate the life they’ve lived, the moments you’ve shared - and make use of the time you have left together, but at the same time there’s this overwhelming sense of hurt, of anger, of heartbreak.

"I'm terrified of this song being out in the world. It feels like the most important song I've written, and at the same time it feels like I'm ripping my chest open and giving you the insides."

Listen to the sublime 'Dear E.' below.