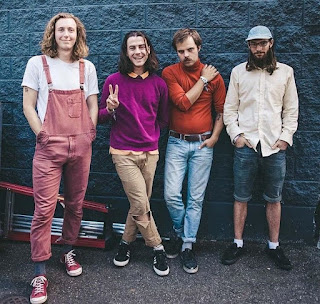 Before they head to the UK in May for a string of shows, Vancouver band Peach Pit share their new single 'Shampoo Bottles'.

Produced by John Congleton (Spoon, St. Vincent, The War On Drugs) and released last week, 'Shampoo Bottles' is taken from their forthcoming album, out this spring.

"'Shampoo Bottles' is a song about the stuff my ex-girlfriend left at my apartment after we broke up (deodorant, shampoo, cell phone charger) and how even after I’d used up all the soap in the bottle and the deodorant in the stick, I still didn’t throw them out for a while," reveals lead singer Neil Smith.

Catch the song below via the visuals directed by Lester Lyons-Hookham.