Track Of The Day :: DROVES - Cannibals 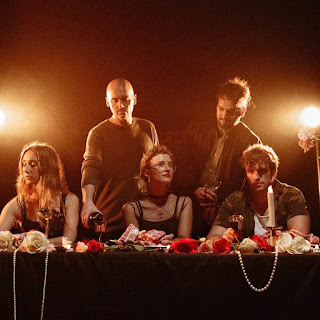 Well, if we needed something to lift us up in these dark days, Australian band DROVES are certainly the ones to seek for some pulsing high-energy; and new banger of a single, 'Cannibals', is a fizz-bomb of the first order.

Out today (March 20), this is now the second time the Sydney-via-Wollongong outfit have knocked us sideways, after we went head over heels over last autumn's 'Retribution'.

The dark, 80s influenced track pounds home its socio-political with a driving, sonic wall of guitars, drums and synth, held together with a snappy vocal and infectious new wave melodies.

"'Cannibals' is simply an outlet of repressed rage, disgust and anger towards the system and the widespread unspoken issues that have arisen as a result," says the band's Taylor McAuliffe.

Let loose with 'Cannibals'. It really is the song of the year so far.