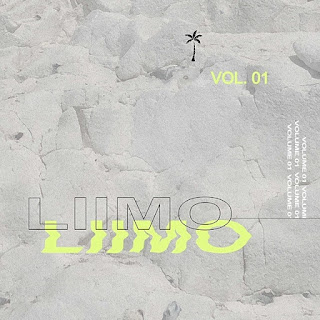 With 2020's summer holiday dreams melting quicker than a Calippo in a 35-degree London heatwave, we’ve all had to invent new ways to dwindle away our annual leave safe in the knowledge that we’d much rather be sipping something alcoholic out of a coconut on a remote tropical island than playing table tennis against ourselves whilst skulling down the remnants of a lukewarm cider in a caravan park in Craig Tara.

Luckily, just in time to rescue the summer and the taste buds, a saving grace in the form of Liimo’s debut album ‘Volume 01’ arrives. For the past two years or so, the Edinburgh trio have possessed a unique quality of being able to transport you to a warmer carefree location with their bright and breezy alt-pop vibes  so it’s nice they’ve managed to capture their eight singles to date in a bottle and pour in a few more surprises to serve up their first full-length album.

‘Miracle’ fizzes straight out of the speakers and gives you an early snapshot of what the band are all about. From previous projects, singer Kieran O’ Brien’s wide vocal range has always been a standout and they’re every bit as impressive on the opening track. Up next, ‘Thinking About It’ builds on the sounds of the first and has some incredibly infectious synth work which render it an instantly memorable experience. The shining synth and subtle guitar layers offered up from Callum Paterson and Jamie Robertson provide the beach backdrop throughout the record and whilst it’s not drastically different to something you’ll hear when you switch on mainstream radio, it doesn’t need to be. It’s a credit to the band that these songs could be mistaken for multi-million selling chart toppers and for the most part on ‘Volume 01’ they’re a far superior listening experience.

‘Pink In Heaven’ appears twice on the album, first in its original form, then closing out the album with a slower stripped-back, acoustic version. It’s a good strategy as the two complement each other well with the first serving as a soundtrack to the mid-day sun, meanwhile, the acoustic closer acts as a final song of the evening as bonfire’s final few flames flicker out at sunset. It’s hard to pinpoint a standout best track on the album as the flow works seamlessly that songs like ‘Pineapple Radio’ and ‘If You Love Me’ feel every bit as vital to the record as the tremendous ‘Get Weird’ featuring Lizzy Land. The latter collaboration being a match made in a surfer’s paradise.

Prior to the aforementioned album closer ‘Pink In Heaven (Stripped)’, the penultimate ‘Raincheck’ is probably the one you’ll have floating around your brain long after the sun goes down on the album. Throughout the review I was slightly hesitant to namecheck the trio's former band Jakil as they’d been a huge part of the Scottish music scene in their day and had amassed a huge following so it wouldn’t be fair to go into this one constantly comparing and subconsciously pitting the two against each other. However, whilst there’s similarities here or there, Liimo are very much their own band now and it’s clear they’re all pulling in the right direction with this project as is solidified by their impressive debut.

'Volume 01’ is packaged as a collection of all of their singles to date with a few new additions, this feels so much more than just a bunch of songs thrown together. There’s a clear sense that these songs were always meant to fit together, and the flow of the album is pure and flawless. Summer might be rapidly evaporating without much to show for it, but the beaches will still be around for you next year and these songs will sound just as fresh then as they do now.