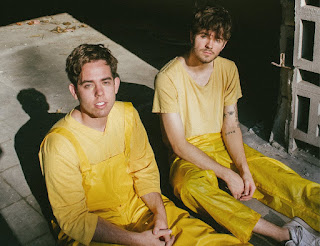 The lead track off their self-titled debut EP released last week, it marks an impressive introduction to the young pair.

Vocals to cajole and satisfy occupy the space around transcendent guitars and woozy synths that echo around the driving sonic melodies.