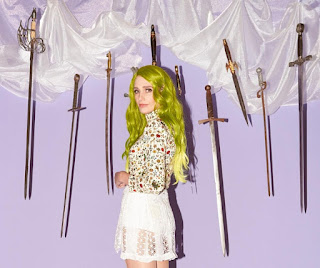 Ahead of the release, she shares the video for one of its tracks, 'Hysterical', which takes a poke at “unfunny comedians [who] love to argue that ‘PC culture’ destroys comedy."

Check it out via the music video below, directed by comedians, Kate Banford and Jamie Loftus (Robot Chicken, The Bechdel Cast).