Track Of The Day :: It's gloves on as C'est Karma prepares for a 'Fist Fight' 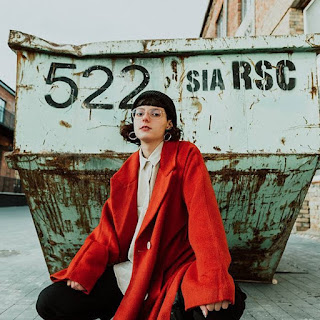 The singer, songwriter and produce uses the project to document her personal and musical evolution, and 'Fist Fight' comes from the simple realisation she has never been in a physical fight with anyone!

Still true today, no punches have been thrown, but Karma has turned her pacifism into a commentary on conflict. “This led me to reflect on the absurdity of violence and the relation between violence and pain,” she explains. “'Fist Fight' is about the conflicts everyone finds in themselves at some point in life, [it’s] about the fight between reason and instinct.”

Quoting performance artist Marina Abramović she references the piece Light/Dark, where she and her partner Ulay slapped each other in the face for 20 minutes, as being a key to her research when writing 'Fist Fight'. Abramović said “it is not the pain itself that matters […] we were looking for a key, a way to break through the body, to open something up, which is a desire that comes from another side of truth or reality.’"

Listen via the video below, directed by Shade Cumini.