Watch :: Do Nothing present 'Glueland' visuals 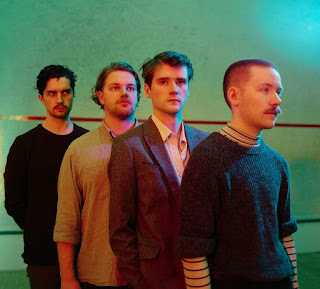 Credit: Adrian Viteleschi-Cook
After unveiling 'Glueland' earlier in the month via their own label Exact Truth, Do Nothing now present the official video.
Directed by Joe Wheatley, the post-punk track's visuals are darkly claustrophobic - with a lot of cardboard boxes involved.
"Chris [vocalist Bailey] explained the rationale of the album art with references to Citizen Kane’s Xanadu and the concept developed from there," says Wheatley. "Fast-forward and we had 400 cardboard boxes to deal with.”