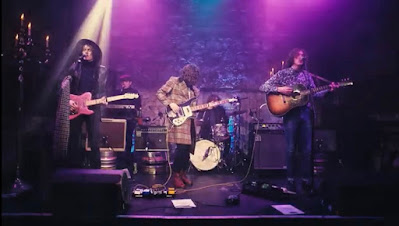 Fifers Shambolics took to an eerily quiet Caves in Edinburgh alongside some special guests for a livestream last Thursday in aid of the Kirkcaldy foodbank. In an inexplicably tough year for musicians all over the world, it’s heart-warming to see all of the proceeds from the stream going to help their local community when they need it most.

At risk of shattering the illusion early on, a quick scan of the setlist reveals the gig itself took place towards the tail-end of November which is no real surprise given how seamless the show is from the pitch-perfect sound quality to the high-end camera work. It’s a thoroughly professional affair throughout the 40-minute stream. Perhaps it seems a tad excessive to go into granular detail about these minor facets, but given the mixed bag of streams throughout the year shot on Nokia bricks, credit where credit’s due here as it adds a huge amount of value.

Entering to the Countdown theme, the familiar fuzzy-haired four-piece are joined on the candlelit stage by a newly acquired synth player who provides a subtle lacquer to the hit-heavy nine-song set. 2018 single ‘My Time Is Now’ gets the wheels in motion and it’s all systems go from there with the band seemingly unphased by the lack of carnage and flying pints that normally greet them in Scotland’s capital. 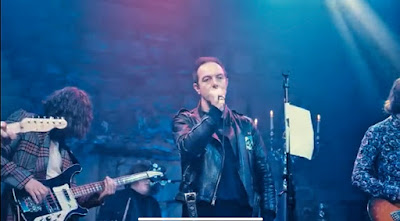 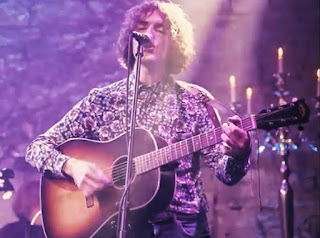 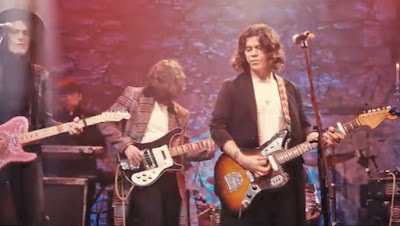 The last time I saw Shambolics in the flesh was criminally three years ago just a few hundred yards up the road at the city’s second favourite goth hangout Opium. Judging by an old fan favourite ‘Sandra Speed’ which follows new one ‘Council State of Mind’, it’s clear the back catalogue has been meticulously tooth combed to add new dimensions to already great songs. Special guests James Allan from Glasvegas and The View’s Kyle Falconer join the band for two tracks; the former for a wonderfully moody ‘Pale Blue Eyes’ which for anyone familiar with Allan’s band will know this is his bread and butter. By contrast, the always spritely Falconer adds some much-needed vitamin D with Fleetwood Mac cover ‘Everywhere.’ It’s a nice touch this one is brought back out as it’s a throwback to the band’s brilliant Zoom cover back in April.

It’s clear from this performance that the band who, don’t get me wrong, were already a top live band have come on leaps and bounds in the three years since I last saw them perform. From Jake Bain’s signature deep and booming drum sound to Jordan McHatton’s noodling bass lines, Lewis Mcdonald’s perfectly refined vocals and Daren Forbes’ guitar lines which bridge the gap between Johnny Marr and John Squire, there’s not a weak link to be found.

As uncharacteristically pleasant and relaxed as watching the gig from the comfort of the sofa with a cup of tea was, nothing quite compares to seeing the band contend with a sea of rapturous Buckfast fuelled punters in a cramped venue. To capture the full unfiltered experience, grab a ticket for their Spring 2021 tour and cross your fingers it will go ahead as planned.