Watch :: Preview of Peter Jackson’s new Beatles documentary Get Back 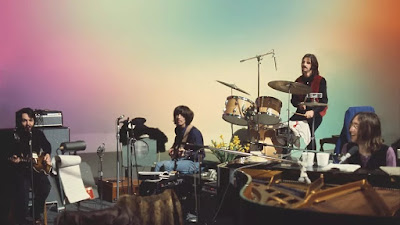 Lord Of The Rings director Peter Jackson has shared the first look at his new documentary on the making of the Beatles’ 1970 album 'Let It Be'.

The five-minute preview of The Beatles: Get Back comes as a thank you for fans’ patience, as the film was originally scheduled for release this year but delayed due to the coronavirus pandemic.

“We hope it will bring a smile to everyone’s faces and some much-needed joy at this difficult time,” Jackson said in a statement.


The video, below, he stresses, is not a trailer, but a montage of scenes so far collected for the film, set to a rehearsal recording of the film's title track.

The film - now due for release on August 27 2021 - comes with a new  book of the same name, with an introduction by Hanif Kureishi.