Track Of The Day :: shame roll out a propulsive December 'Snow Day' 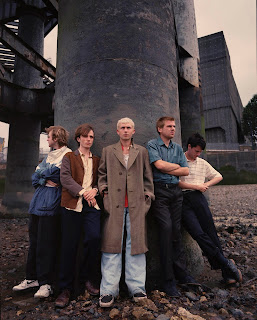 At five-minutes-plus, shame come out with a pretty epic white-out on ‘Snow Day’, the latest track to be taken from their forthcoming second album 'Drunk Tank Pink', which is set to arrive on January 15 2021 via Dead Oceans.

Charlie Steen's sombre opening (sounding like he's been imbibing on Robbie Robertson's brooding baritone influence on 'Somewhere Down The Crazy River') soon moves into familiar menacing territory, carried by Charlie Forbes' formidable drumming, and the sharp, post-punk guitar riffs which dig like ice picks, dictating the flow. Tense and propulsive, Steen’s lyrics dovetail with the music, from its reflective opening to the power of its highest points.

"A lot of this album focuses on the subconscious and dreams," explains Steen, "this song being the pivotal moment of these themes. A song about love that is lost and the comfort and displeasure that comes after you close your eyes, fall into sleep, and are forced to confront yourself."

Alongside, the band have shared accompanying visuals featuring drone footage shot in the Scottish Borders - where the band wrote 'Drunk Tank Pink' - and the stark, snow-covered hills make a befitting backdrop for the atmospheric build of the track.

The band have also announced they will perform a live set from Rough Trade Records on January 14 2021. 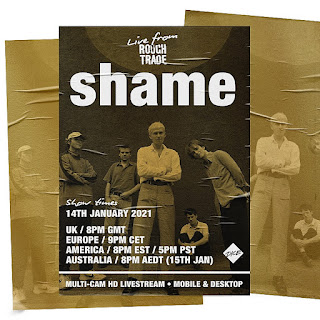