IAN SWEET takes to the water to 'Drink The Lake' 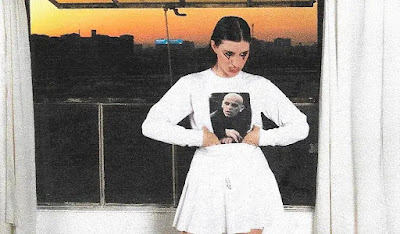 Jilian Medford's IAN SWEET project works up to the releaseof her third album, 'Show Me How You Disappear' - out March 5 via Polyvinyl - with a new song from it, 'Drink The Lake'.

“This is the first record that I leave that space for myself,” says Medford of the new album. “I feel a freedom on this one that I haven’t felt with the others. People always say ‘I put all of me into this,’ but I actually didn’t this time - I left space."

On 'Drink The Lake' she adds it “taps into my own twisted logic to try to break away from obsessive thought patterns. It turned into a pop anthem of seemingly silly ways to try to forget someone, like saying their name backward, but I feel these devices contributed to my healing.”

Listen below via the self-directed video in which Medford appears in a suit, immersed in water.