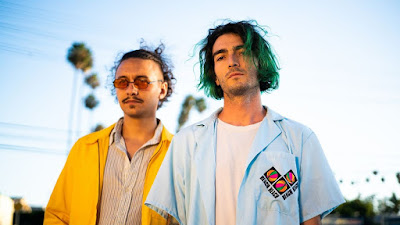 'Yellowbelly' represents the core of the album, says Gallagher. “It came out early in the writing process and really informed the rest of the record. It's partly about death, or the inevitability of it being a motivator for reveling in life. It's about not letting fear, doubt or ego stop you from making connections, because the opportunity could end at any moment.

"I've personally spent a lot of time being pessimistic and isolated and whatnot, but I decided I'd rather test the limits of my love and free will. That's going to be a lifelong endeavour I think, and will take some time to learn but it's better than dying, knowing I didn't try as hard as I could.”

Check it out via the music video directed by Gilbert Trejo (Chelsea Wolfe, Blackbear).