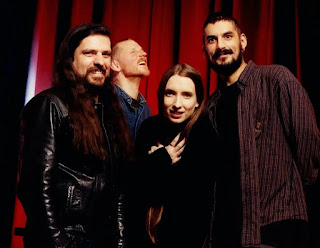 The album was recorded over two weeks last summer at Rockfield Studios in Wales with producer John Parish (PJ Harvey, Aldous Harding). Each band member recorded their individual parts on a four-track Tascam recorder they passed to each other through the window of a car.

“'Strong Feelings' is about secretly being in love with someone who doesn’t know it, and Brexit’s disruptive role in romantic relationships," says vocalist Florence Shaw, of the album cut, which comes with the Tom Dowse-directed video, below.