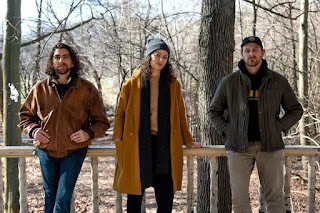 Brooklyn-based punks Nervous Dater have just released a music video for 'Tin Foil Hat', lifted from their 'Call In The Mess' album, out February 26 via Counter Intuitive Records - the long overdue follow-up to their 2017 debut 'Don’t Be A Stranger'.

The visuals, below, were directed by Sean Sellers, while the track features drummer Andrew Goetz on lead vocals.